A large site in Bradford is to be flattened for purposes of progress by Lubna Foods. The buildings are not remarkable, but they do constitute a very appealing street frontage; 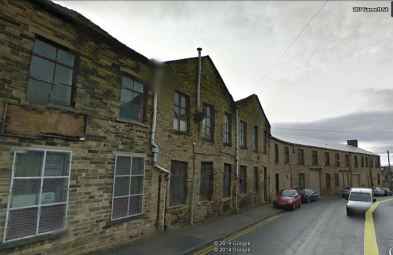 It is these streets, just away from city centres that have traditionally been the preserve of creative start-ups, offering commercial space for nascent industries, and that is how the regeneration of a city through the creative class happens. The problem is, if you allow these post industrial areas to be demolished before they come to life, before they are discovered by intrepid urbanites, then your population loses its creative class, and you don’t have a city anymore.

Also to be lost is a chimney that would make Fred Dibnah weep;